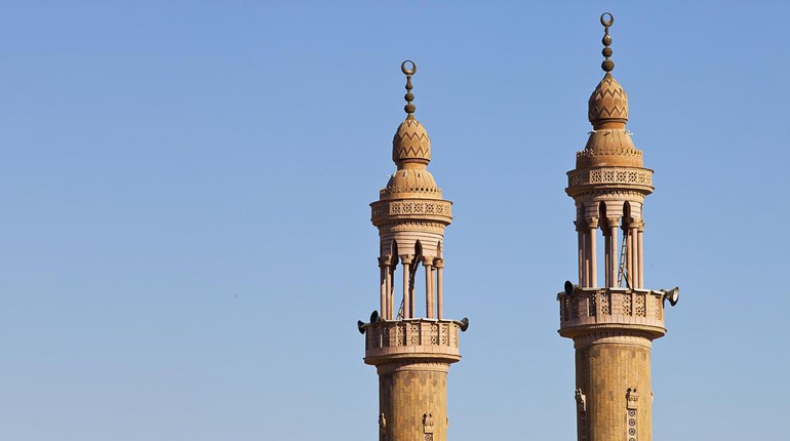 Amazing though it sounds, but fortunately for the Muslims of the world, it is an established fact. Have a look at a map of the world and you will find Indonesia (an Islamic country) right on the eastern side of the earth’s central land mass. Indonesia consists of numerous small islands, the principle ones amongst them being Java, Sumatra, Borneo and Celebes, all of which are well known. It is the largest Islamic country in the world, with 180 million inhabitants. The number of non-Muslims here is negligible.

As soon as dawn breaks, on the eastern island of Celebes, at approximately 5:30am local time, Fajr Adhān begins. Thousands of mu’adhdhin in eastern Indonesia commence proclaiming the Tawhīd (Oneness) of the Almighty, Omnipotent and Omniscient Allāh and Risālah (Universal Apostleship) of Prophet Muhammad sallallāhu ‘alayhi wasallam.

The process then continues and advances towards the western islands of Indonesia. The time difference between the eastern and western islands of Indonesia is one and a half hours. Hence, one and a half hours after the Adhān has been completed in Celebes, it echoes in Jakarta on Java island. Sumatra then follows suit and before this auspicious process of calling Adhān ends in Indonesia, it has already begun in Malaysia. Burma is then next in line, and within an hour of its commencement in Jakarta, it reaches Dacca, the capital city of Bangladesh. No sooner the calling of Adhān ends in Bangladesh, it has already prevailed in western India, from Calcutta to Srinagar. It then advances towards Mumbai and the environment of entire India resounds with this august proclamation.

Srinagar and Sialkot (a city in north Pakistan) have the same timing for Adhān. The time difference between Sialkot, Kota, Karachi and Gowadar (a city in Baluchistan, a province of Pakistan) is forty minutes, and within this time, Fajr Adhān is heard throughout Pakistan. Before it ends there, however, it has already begun in Afghanistan and Muscat. The time difference between Muscat and Baghdad is one hour. Adhān resounds during this one hour in the environments of Al-Hijāz Al-Muqaddas, Yemen, United Arab Emirates, Kuwait and Iraq.

The time difference between Baghdad and Alexandria in Egypt is again one hour. Adhān continues to resound in Syria, Egypt, Somalia and Sudan during this hour. Alexandria and Istanbul (the principle city of Turkey) are situated on the same geographical longitude. The time difference between eastern and western Turkey is one and a half hours, and during this time it is echoed with the call to prayer.

Alexandria and Tripoli (the capital city of Libya) are located at an hour’s difference from one another. The process of calling Adhān thus continues throughout the whole of Africa. Therefore, the proclamation of the Oneness of Allāh and the Apostleship of Muhammad sallallāhu ‘alayhi wasallam that had begun in the eastern islands of Indonesia reaches the eastern shore of the Atlantic Ocean after nine and a half hours.

Prior to the Adhān reaching the shores of the Atlantic, the process of Zuhr Adhān has already commenced in eastern Indonesia, and before it reaches Dacca, ‘Asr Adhān has started. This has hardly reached Jakarta one and a half hours later, then the time of Maghrib becomes due, and no sooner has Maghrib time reached Sumatra, then the time for calling ‘Ishā Adhān has commenced in Celebes! When the mu’adhdhin of Indonesia are calling out Fajr Adhān, the mu’adhdhin in Africa are calling out the Adhān for ‘Ishā

If we were to ponder over this phenomenon seriously and studiously, we would conclude the amazing fact that there is not a single moment when thousands, if not hundreds of thousands, of mu’adhdhin around the world are not proclaiming the Oneness of Almighty Allāh and the Apostleship of the noble Prophet sallallāhu ‘alayhi wasallam on the surface of this earth! Inshā’allāh, this universal and continuous calling of the Adhān shall not cease until the Day of Judgment, and we should all continue to make du’ā for the same. Āmīn.