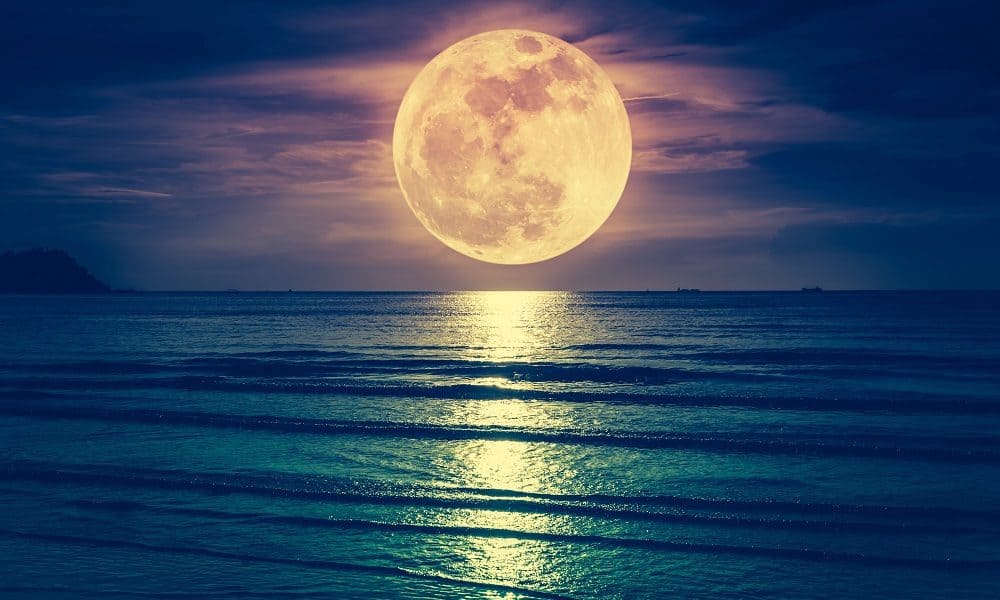 Sha’bān, the eighth Islamic month is second only to Ramadān in virtue, blessings and greatness. It is due to this virtue and greatness that the Prophet sallallāhu ‘alayhi wasallam used to emphasise its importance not only verbally but practically too.

Usāmah radhiyallāhu ‘anhu asked, “O Rasūlullāh! I do not see you fasting in any month as much as in Sha’bān.” He replied, “It is a month people are negligent of between Rajab and Ramadān. It is a month in which deeds are raised towards the Lord of the worlds. Therefore, I like my deeds to be raised whilst I am fasting.” (An-Nasa’ī)

Amongst the days and nights of Sha’bān, there is one night called Laylat-al-Barā’at or Shabe Barā’at, a night noted for its great blessings and virtues. The Glorious Qur’ān describes it as the blessed night.

According to ‘Ikrimah radhiyallāhu ‘anhu and a group of mufassirīn, the ‘blessed night’ referred to in this verse is the fifteenth night of Sha’bān.

Fortunate indeed are those who attain the full blessings and benefits of this night by spending it in performing good and refraining from evil. One must strive his utmost to attend to ‘ibādah (worship) in this auspicious night as this night indeed is a great favour of Allāh ta’ālā for the believers. There are a number of ahādīth in regard to this night.

(2) Abū Mūsā Al-Ash’arī radhiyallāhu ‘anhu narrates that the Messenger of Allāh sallallāhu ‘alayhi wasallam said, “In the fifteenth night of Sha’bān, Allāh ta’ālā manifests and forgives all His creation except for the Mushrik (idolater) and the spiteful.” (Ibn Mājah)

(3) ‘Ā’ishah radhiyallāhu ‘anhā narrates: “The Messenger of Allāh sallallāhu ‘alayhi wasallam came to me (one night) and took off his clothes, but he had hardly sat down when he got up again, put on his clothes and left. A strong ghayrah (sense of honour and self-respect) overtook me as I thought he was going to one of his other wives. I followed him and found him in the graveyard of Baqī’ seeking forgiveness for believing men and women and the martyrs. I said (to myself), ‘May my parents be sacrificed for you. You, (the Prophet) are in want of your Lord and I am in want of the world.’

I returned to my room (quickly) and I was breathless. The Prophet sallallāhu ‘alayhi wasallam arrived shortly and said, ‘Why are you breathless, O ‘Ā’ishah?’ I said, ‘May my parents be sacrificed for you. You came to me and took off your clothes, but you had hardly sat down when you got up and put on your clothes (and left). A strong ghayrah overtook me and I thought you were going to one of your (other) wives until I saw you in (the graveyard of) Baqī’ doing whatever you were doing.’

He said, ‘O ‘Ā’ishah! Did you fear that Allāh and his Messenger will treat you with injustice? Jibra’īl came to me and said, ‘This night is the fifteenth night of Sha’bān. Allāh sets free from Hell during this night, souls equivalent to the hair (and wool) of the goats of Banī Kalb.’ (Banī Kalb possessed the largest number of goats in the Arabian peninsula.)

‘However, Allāh will not look (with mercy) even on this (auspicious) night towards idolaters, one who harbours ill-will against his fellow beings, one who cuts himself off from his near relatives, one who dangles his clothes over his ankles, one disobedient to parents and a habitual drunkard.’”

‘Ā’ishah radhiyallāhu ‘anhā says, “He took off his clothes, then said, ‘O ‘Ā’ishah! Will you permit me to spend this night in worship.’ I replied, ‘Certainly. May my parents be sacrificed for you.’ The Prophet sallallāhu ‘alayhi wasallam got up and remained in sajdah (prostration) for a very long time until I thought he had passed away. I got up to inquire and placed my hand on his feet to feel that he was alive, thus I became happy. I heard him say in his prostration:

In the morning I mentioned these words to him. He said, ‘O ‘Ā’ishah! Learn them and teach them (to others) because Jibra’īl taught me and ordered me to repeat them over and over again in sajdah.’” (Al-Bayhaqī)

Note: Muftī Taqī ‘Uthmānī hafizahullāh states: “Although the chain of narrators of some of these traditions suffers with some minor technical defects, yet when all these traditions are combined together, it becomes clear that this night has some well founded merits, and observing this night as a sacred night is not a baseless concoction as envisaged by some modern scholars who, on the basis of these minor defects, have totally rejected giving any special importance to this night. In fact, some of these traditions have been held by some scholars of hadīth as authentic and the defects in the chain of some others have been treated by them as minor technical defects which, according to the science of hadīth, are curable by the variety of their ways of narration. That is why the elders of the Ummah have constantly been observing this night as a night of special merits and have been spending it in worship and prayers.”

The Fast of the Fifteenth

The fast of the 15th of Sha’bān can only be derived from a hadīth that has a weak narrator in the chain of narration, due to which it cannot be relied upon in the matter of the injunctions of Sharī’ah. Thus, the fast of the 15th of Sha’bān cannot be termed as Sunnah or Mustahab in the strict sense of the term. Nevertheless the fast could be kept without taking it as a Sunnah or Mustahab considering other factors such as:

a) The fasts of the first half of Sha’bān have special merits as can be seen from the practice of the Prophet sallallāhu ‘alayhi wasallam;

b) The virtues of the fasts of Ayyām-al-Bīd (i.e. 13th, 14th and 15th of the Islamic month) have been mentioned in the ahādīth.

The following practices are derived from the traditions of the Prophet sallallāhu ‘alayhi wasallam which have been mentioned above for Sha’bān and its virtuous 15th night.

(1) It is desirable that one fasts in the month of Sha’bān as much as one can. However, if fasting in Sha’bān is going to affect the fasting of Ramadān then one should refrain from it.

(2) Although salāh should be performed in Jamā’ah (congregation) everyday, on this auspicious night, one must participate with deep and solemn care in the Maghrib, ‘Ishā and Fajr Salāh.

(3) Spend as much time of the night as possible in worship individually. No specific du’ā or method of worship has been prescribed. One may engage in dhikr, recitation of the Qur’ān, salāh, learning and teaching or any other form of ‘ibādah. However, one must refrain from worldly talk and wasting of time. If ‘ibādah is not possible then at least avoid all sinful and useless acts and go to bed as soon as possible.

(4) In one hadīth it has been mentioned that Rasūlullāh sallallāhu ‘alayhi wasallam visited the graveyard of Baqī’. However, one may not establish the practice to be Sunnah as there is no mention of Rasūlullāh sallallāhu ‘alayhi wasallam making it a general practice of this night. Hence, if one visits the graveyard once in a while it will be permissible.

One must refrain in particular from all those practices that are contrary to the Sunnah. Many of us deprive ourselves of the blessings of such auspicious moments and the Favours of Allāh ta’ālā by following those customary acts which have no basis in the Qur’ān and Sunnah.

May Allāh ta’ālā guide us all on the straight path and enlighten us with the blessings of this sacred month and its blessed night. Āmīn.